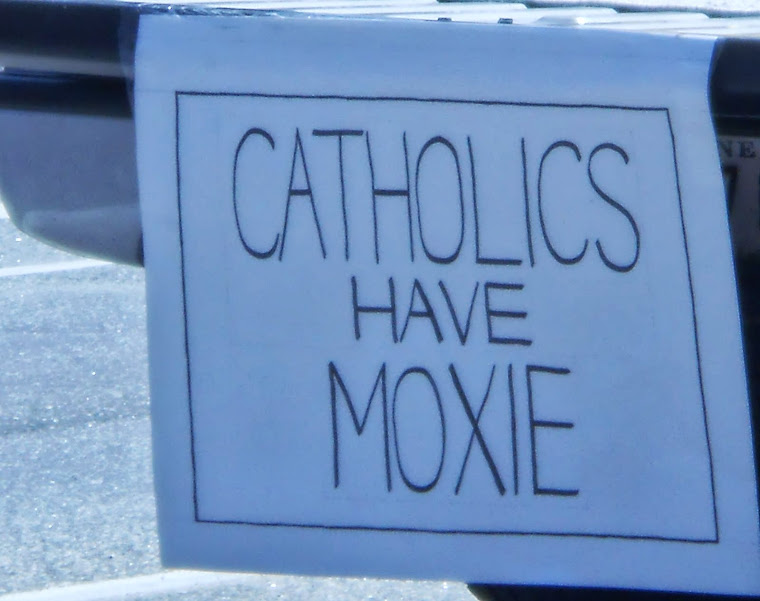 Requiring a strong stomach to read, here is an expose on ISIS' "theology of rape."  Author Rukmini Callimachi:


“He told me that according to Islam he is allowed to rape an unbeliever. He said that by raping me, he is drawing closer to God,” she said in an interview alongside her family in a refugee camp here, to which she escaped after 11 months of captivity.

The systematic rape of women and girls from the Yazidi religious minority has become deeply enmeshed in the organization and the radical theology of the Islamic State in the year since the group announced it was reviving slavery as an institution. Interviews with 21 women and girls who recently escaped the Islamic State, as well as an examination of the group’s official communications, illuminate how the practice has been enshrined in the group’s core tenets.

Does Islam condone slavery?  The Qur'an mentions it, but, Callimachi deftly notes, so does the Bible.  <<panic ensues among the literal inerrantists reading this blog...surely a small group>>  Callimachi:


In much the same way as specific Bible passages were used centuries later to support the slave trade in the United States, the Islamic State cites specific verses or stories in the Quran or else in the Sunna, the traditions based on the sayings and deeds of the Prophet Muhammad, to justify their human trafficking, experts say.

Scholars of Islamic theology disagree, however, on the proper interpretation of these verses, and on the divisive question of whether Islam actually sanctions slavery.

Many argue that slavery figures in Islamic scripture in much the same way that it figures in the Bible — as a reflection of the period in antiquity in which the religion was born.
“In the milieu in which the Quran arose, there was a widespread practice of men having sexual relationships with unfree women,” said Kecia Ali, an associate professor of religion at Boston University and the author of a book on slavery in early Islam. “It wasn’t a particular religious institution. It was just how people did things.”


Lovely--a group of violent men who believe themselves chosen by God alone to resurrect sexual repression and violence as an act of praising God.  Think this is a problem for another part of the world? Well, a heck of a lot closer to most Spiritual Diabetes readers, a couple in Iowa convicted of their own sex-slave-trade crimes.


According to federal court documents, the 20-year-old victim was tortured, sexually abused and forced into prostitution after being abducted in Iowa by Hodza and Sorensen [the mid-30s man and woman couple arrested] in mid-December.  The victim told federal officials that she was forced to engage in prostitution in order to earn money for Sorensen and Hodza to use for food and gas during their journey from Iowa to Virginia.

But how to defeat this?  As good King Theoden once mused, how to respond to such reckless hatred?

As Aragorn responds, ride out and meet it.


Mad Max: Fury Road took a swing at these issues earlier this summer.  Max and an equally tough heroine, Furiosa, battle to save innocent women trapped as "breeders."  The movie drew feminist support for its portrayal of women's agency instead of the usual passive helplessness.

But ISIS and the issue of sexual slavery aren't movies or a great book, they're real life and there are real women being forced into sexual bondage because doing so fits theological worldview of a powerful group of men.

OK, a couple ancillary arguments:
*  How can Amnesty International maintain its argument for decriminalizing prostitution?  The ISIS prostitutes women for pleasure and spiritual fulfillment.  They've long since dispensed with the need to make money from such savagery.
*  How 'bout we take seriously Hadley Arkes' argument about NARAL's origins and the self-preservation concerns of male power surrounding the legalization of abortion?

Because all of these issues involve male commandeering of female bodies.  As George Will argues, we have expertly honed our ability to convince ourselves that murder of the innocent actually improves our own lives.  This, folks, is power--raw, unfiltered, unadulterated power.  And just to compound things even more, how about Carl Trueman's recent argument that the Marquis de Sade is the best voice for our age.  We are, Trueman suggests, all sadists now.

Now, to be perfectly honest, Mary Daly (1928-2010) long ago concocted a possible option:  absolute rejection of the male-dominated world for a gyno-centric vision.  Daly, an upstate New York native (Schenectady!) who graduated from my employer (The College of Saint Rose), epitomized the "radical" in "radical feminist" during the 1970s and 1980s.

To quote Raising Arizona, what else ya got?

To avoid lapsing into mansplaining, I humbly suggest the Theology of the Body.  Yes, yes, I know, St. John Paul II coined the idea and phrase.   And he was a man.  Too frippin' bad--have you noticed who defends TotB online?  You guessed it--Catholic women, both mothers and women in religious orders.  That's because TotB provides a spiritual vision of both motherhood and female physical space that are, to borrow Daly's phrase (but certainly not her meaning!), gyno-centric.  In TotB women retain a surprisingly significant (from modern secular standards) degree of self-determination regarding sexuality and pregnancy.  This is not your parents' "barefoot-and-pregnant" stereotype of Catholic feminity.  That market, it seems, has been cornered quite expertly by these Protestant clowns.

And in its spiritual vision of some very physical activities (sexuality, pregnancy, giving birth), the Theology of the Body offers us a spiritual weapon of immense magnitude and power against the savagery of ISIS's "theology of rape." Not primarily physical resistance, although it will lead to that--because this renewed spiritual appreciation of gender difference and feminine power clarifies just why groups like ISIS must be stopped.   That's the tough challenge now confronting us who inhabit the Catholic sphere:  maintaining our insistence on "the Gospel of Life" while recognizing the need to employ, in admittedly rare situations, lethal force.  And in the cases here--Iowa, Ohio, and elsewhere--we need to arrest, prosecute, and incarcerate anybody--man or woman--who enacts these theologies of sexual violence.  The state has that duty, and the weakest among us rely on the rest of us to uphold our responsibilities towards them.  Negotiating these very real crises and the attendant spiritual pitfalls--using violence might tempt us to think that righteous violence is always permissible...but we know it isn't--requires that "diet and exercise" regimen that combats spiritual diabetes in more mundane aspects of life.
Posted by Spiritual Diabetes at 11:44 AM